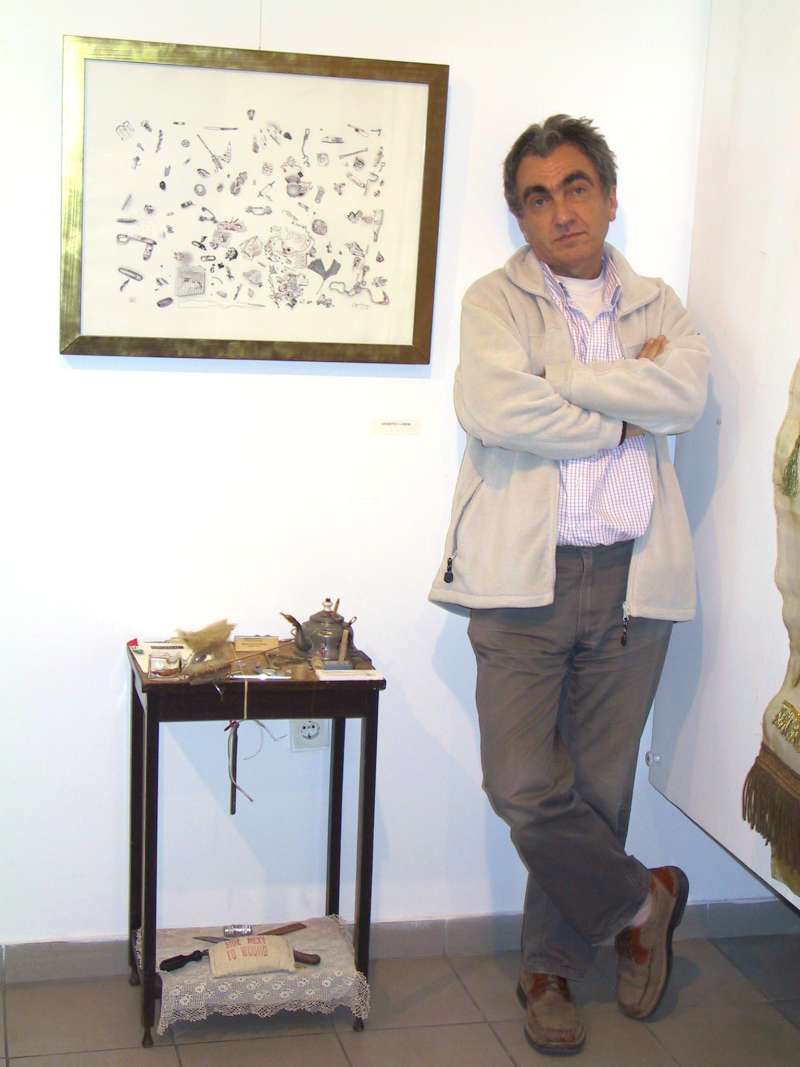 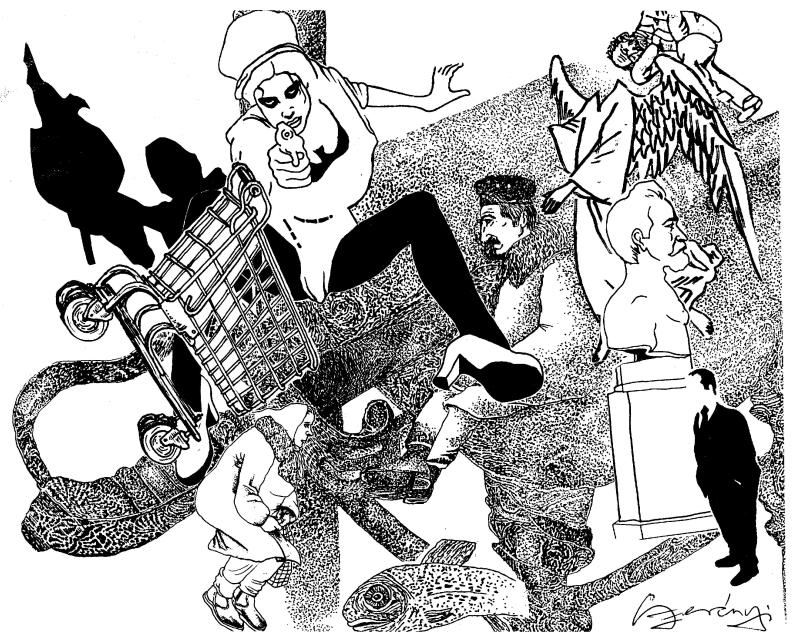 I am a devotee to Szerényi’s drawings. All of them effect me as victorious little flowers growing out of the clefts of badly cast asphalt. After a while as they regularly turned up on pages of periodicals, they always remembered me of an old chassid story:

“Zussya, the pious barefoot rabbi paid a visit to the rabbi in Nisshiji. It was well after midnight when the host heard some noise from his guest’s room and he could not restrain himself from going up to the door and being all ears. Zussya shuffled up and down in his room and conducted aloud a conversation with the Almighty. ˝Lord of worlds, thou see I do love thee, but how could I ever prove it for thee? I am not a master of anything.˝ And excitedly he kept on shuffling as if chased from one wall to the other and back again. When he suddenly stopped, burst on laughing heartily and exclaimed: ˝Yes, at least I can whistle I’ll whistle for thee!˝ And he started whistling a soft sweet melody that made the walls tremble.”

…In the same way as Szerényi is “just” whistling trough his sketches, because he is not mastering anything else. His works are exempt of any pride and haughtiness, scribbled by a “survivor” who is blessed with a pious and devoted sense of humor and a particular, transcendental poetic view of humble things. And this is without many precedents in his genre. If he draw objects: it is as if he washed our “corpus delicti” clean from sin – just by drawing – and transforming them to simple innocent pieces of humor.

As I know, he has a suitcase containing a permanent traveling exhibition of OBJECTS MADE BEFORE AND AFTER THE WORLD WAR II.

I do preserve this type of artist in the deepest corner of my heart: graffiti artists like him, a heroic little partisan of anonymous culture who – sitting in the depths of subways day by day so as not to waste his time – keeps on drawing more and more delicate and elegant graphics, by which he pardons that  other – worldly folk of subway – Atlanteans and their faces he pardons their everyday misery.

I would like to see more drawings of his in periodicals. When they greet me from the pages – as if I heard a shy little “hello” and this makes breathing for me less tiresome for a half an hour. 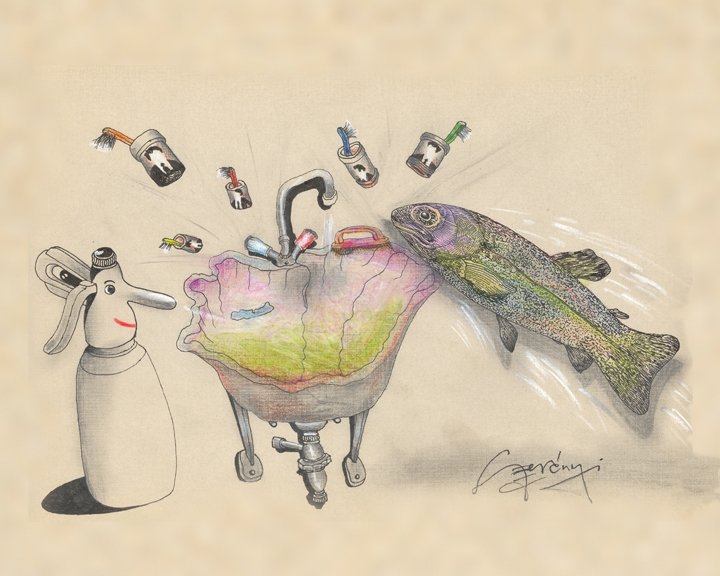